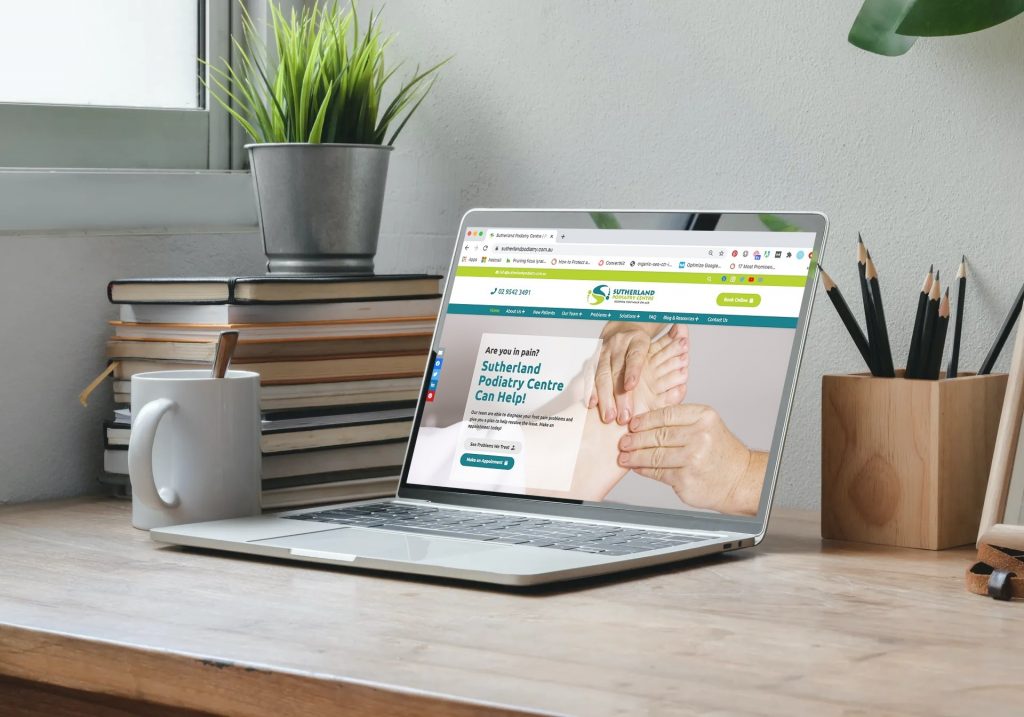 Sutherland Podiatry Centre prides themselves on being on time, flexible and accommodating to their patients’ needs. In addition to offering podiatry in Sutherland, they also service the Kirrawee, Engadine, Menai and Bangor communities.

When Narelle from Sutherland Podiatry reached out to us about her website it quickly became obvious that a rebuild was in order. There were a number of red flags that we became aware of including duplicate tags and analytic tags. These were resulting in false reports that were being supplied from her ‘SEO’ company. We had to break the bad news that the traffic she was getting to her site wasn’t true. And in fact was likely less than half. Not to mention the poor backlinks from dodgy overseas directories. And that was just the tip of the iceberg in terms of performance and optimization.

So we were keen to get our hands on it and sort the issues out for her. One of the other requests she had was to ‘have it all in one place’. Narelle was tired of talking to so many different people about the different aspects of digital. Website, Emails, SEO, Google Ads… the list was endless. So having a team that she could reach out to and could action things quickly was a priority.

In terms of the build, we took a whole fresh approach to the websites structure to create a better user experience and navigation. This resulted in a heavy redirection plan, but was well worth it.

Sutherland Podiatry has very strong branding, so incorporating this into the site has really made it stand out and be inline with her logo and clinics. The bright green call to action really stands out in contrast to the white and darker aqua. At first Narelle was ‘a little taken back by the white space’ but could see the clean approach would help reflect the state of her clinic.

In terms of extra pages and features. She has some specific requests around ActiveCampaign sign up and integration, she also wanted to sell her book, and lastly set up a number of landing pages to promote her new wart removal equipment. Some of which ended up being used for Google Ads.

Going live with the site had some impressive results. Including: Shaved roughly 3 seconds off the load time and brining it down under that elusive 3 seconds. With and increase of 20 -30% page speed and ySlow (server speed) it’s performing really well. We also saw massive gains in Google’s ligthouse test and Search Console. The other exciting news is that with the correct setup we saw her traffic double! And that’s without duplicate tags! When we went live we immediately saw a drop by 50% and over the course of 3-4 months it grew back up to where is was before.

Narelle now have a site that loads quick, is structurally sound, is SEO & Mobile friendly, is geared towards conversions and it on point with your branding too. We couldn’t be happier!

Check out the Before/After on Pagespeed!

Is your website working for you or against you?

Take our FREE online test now and discover for yourself. 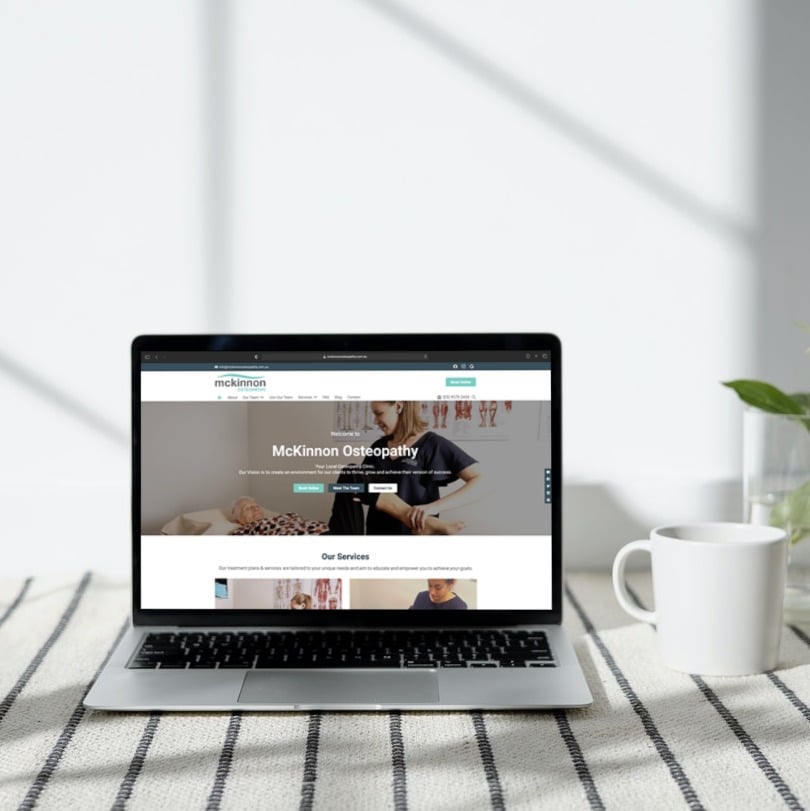 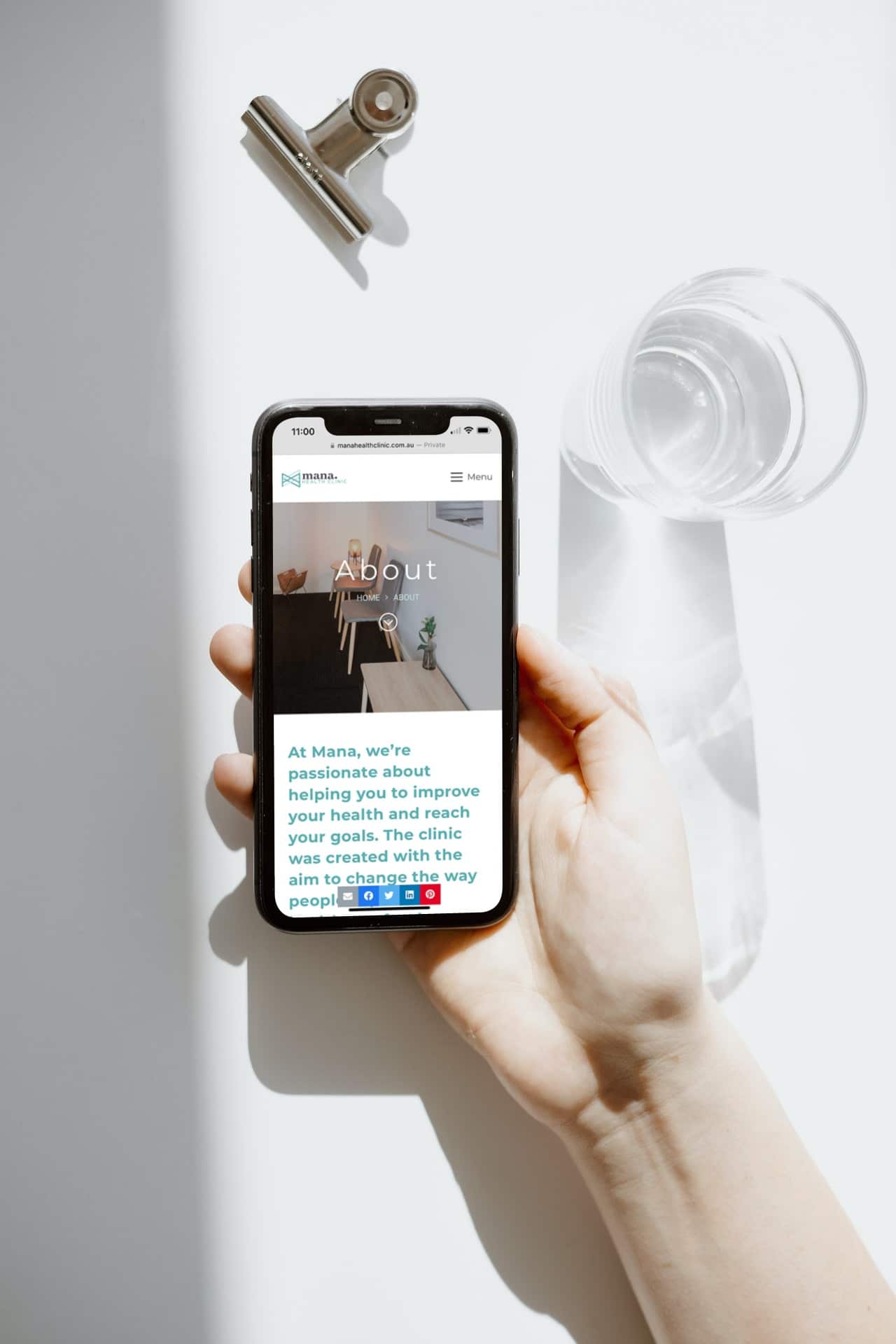 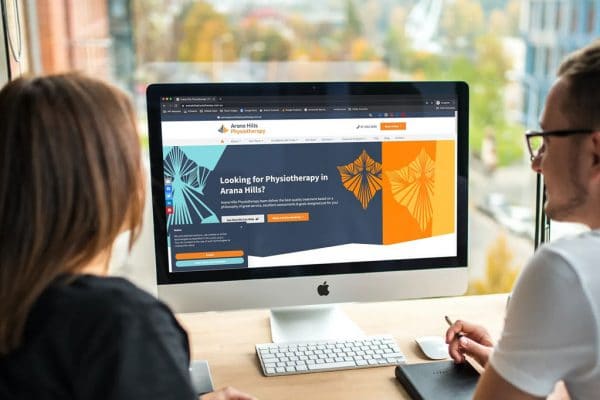 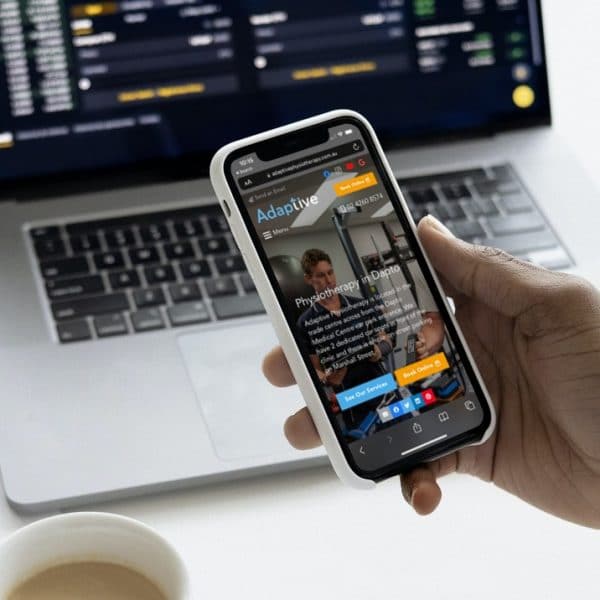